Bankruptcy does not have to mean the end of the game. 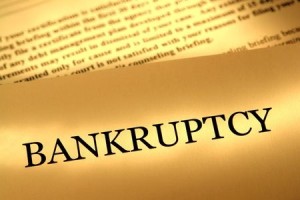 When you and your friends played “Monopoly,” declaring bankruptcy meant financial failure so intense that recovery was difficult or impossible. Some moneylenders and debt-buyers like to perpetuate that idea in the real world, to keep honest American families form declaring bankruptcy to eliminate debt or get more time for repayment.

They are partially right. Those who fail to take advantage of their fresh financial start and fall back into old fiscal habits may very well be counting the months until they can file bankruptcy again. But for others, bankruptcy can be almost literally a once-in-a-lifetime opportunity to wipe the slate clean and go back to the starting line.

These stories are by no means typical and are not any guarantee of success whatsoever. But these case studies do mean that there is hope after bankruptcy (the keys to their recoveries are in italics):

Bankruptcy does not have to be the end. For a free consultation with a Brevard County Chapter 7 attorney, contact our office. An attorney is available by appointment to discuss your case.