Assume that you and your neighbor disagree over the ownership of a house, and you file a lawsuit to quiet title. Before the case is heard, the house burns down. What happens at the court date? 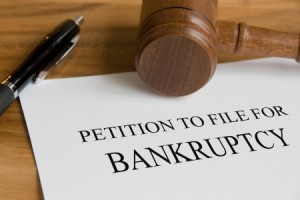 Most courts have refused to enter a decision in this situation, explaining that the point is now moot because it does not matter who owned the house. But now, according to the Ninth Circuit, you may owe your neighbor a new house.

In Shapiro v. Henson, Ms. Henson filed a voluntary Chapter 7 petition in 2009. She listed roughly $6,900 in a checking account on Schedule A, but she was not actually in possession of those funds because several checks were outstanding. The trustee filed a motion for turnover, and Ms. Shapiro refused to turn over money that she never really had. The bankruptcy court denied the motion, and the district court affirmed that decision.

Relying exclusively on its interpretation of the statute and pre-Bankruptcy Code protocols, the court distinguished an Eighth Circuit case, In re Pryatt, which had reached the opposite result.

This situation is not at all unusual, as a checking account’s actual balance and available balance are often two very different figures. The same applies to ACH payments and other automatic deductions: if the bank is making a $500 payment on your behalf from your account, for all practical purposes, that money is never in your possession.

Ms. Henson’s best option would have been to wait a day or two until the checks had cleared, and then file her Chapter 7 petition. If there was a pending foreclosure or repossession and waiting was not an option, most courts allow a debtor to file a petition first and then the schedules later.

Bankruptcy forms are like income tax forms: if you include the wrong information or file at the wrong time, such an error can cause an awful lot of problems later. For a free consultation with attorneys who understand how bankruptcy works, contact our office in Melbourne, Florida.