Required Filings in a Chapter 7 Bankruptcy

Once you have decided to file for Chapter 7 bankruptcy protection, there are several different pleadings that must be prepared and filed with the court. The law requires all bankruptcy debtors to make full financial disclosures. In other words, you are required to list all of your property, debts, income[…] 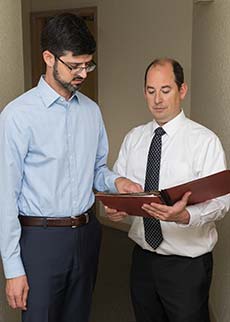 Many individuals believe that a Chapter 7 or 13 is the only bankruptcy relief available to them. However, a Chapter 11 isn’t only used for corporate restructures, it can allow an individual debtor to take advantage of a meaningful debt restructuring as well. 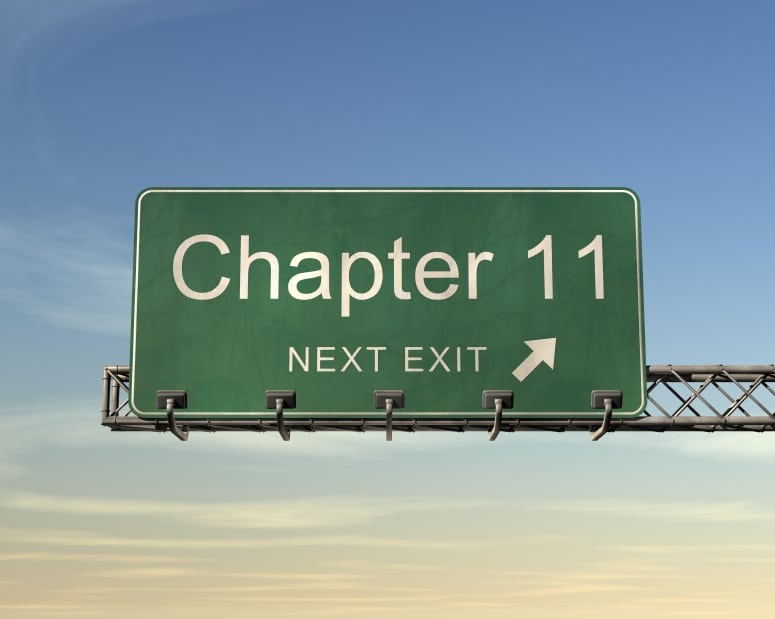 When to Consider Chapter 11

You may be ineligible to file a Chapter 7 case because you have too much disposable income after paying your necessary living costs, which means you cannot pass the means test. Additionally, the debt limit for filing a Chapter 13 may be insufficient for you if you have borrowed a significant amount of money. A Chapter 11 provides a good option for dealing with your debt and managing your finances.

Benefits of a Chapter 11

The Chapter 11 process allows a debtor to handle even the most complex issues and a large amount of debt. Other advantages include:

The Chapter 11 process can be complex and it can be costly. However, in many cases, the time and expense involved is outweighed by the amount of debt the debtor is allowed to eliminate.\

To learn more about how a Chapter 11 bankruptcy can benefit an individual, contact us for a free consultation.

Sbarro, the popular pizza chain, filed Chapter 11 bankruptcy three months ago and has shown that the process can work. The company’s pre-packaged Chapter 11 plan, which reduces Sbarro’s debt by approximately 85%, has been approved and it took effect on June 2, 2014.

Sbarro will be moving its company headquarters from Melville, New York, to Columbus, Ohio. This will allow Sbarro to reduce its expenses and it also means its headquarters will be closer to its new fast-casual Pizza Cucinova concept, where the customer can create personal pizzas cooked in a wood-fired oven. The concept was launched last year and there are locations already in Ohio. The move will also result in Sbarro cutting nearly 40 employees at its old location, but the company’s other 2,700 employees across the country will keep their jobs.

Sbarro’s financial troubles were attributed in large part to the severe decrease of mall traffic and decline in food court sales. The pizza company had closed more than 100 of its stores in North America prior to seeking bankruptcy protection, which saved it millions of dollars per year.

Although Sbarro sought a buyer who would make an offer that was better than the debt for equity deal offered by the company’s lenders, it received no bids. Thus, Sbarro moved forward with its pre-packaged Chapter 11 plan. Sbarro’s plan of repayment provides that lenders, including investors Apollo Global Management, Babson Capital Management LLC and Guggenheim Investment Management LLC, will exchange $148 million in debt for control of the new business. Vendors, landlords and other unsecured creditors will have an estimated $1.25 million to share under the plan.

“We want to thank our stakeholders for their steadfast support,” the company said in a statement. “The company now can move forward with its plans to invest in and grow the business. We will be announcing progress and further plans for the business in the near future.”

If you have questions regarding the Chapter 11 process or how it could benefit your company, contact us for a free consultation.

South Florida Multispecialty Associates, LLC, with offices located in Miami Beach and Aventura, has filed a voluntary Chapter 11 bankruptcy. The medical practice has 50 employees and reportedly sought bankruptcy protection after a medical malpractice plaintiff won a garnishment on its bank accounts.

The medical group was apparently unable to make its first $100,000 payment that was part of a $250,000 settlement reached in May of this year. The medical group was reportedly relying on a large payment due from one of its insurance providers for services rendered in order to meet the plaintiff’s first payment deadline, but it was delayed.

All of the medical group’s bank accounts were frozen due to the garnishment order, so it was necessary for the practice to seek Chapter 11 protection to gain access to the accounts and continue making its own payroll. According to the debtor’s pleadings, the practice has $2.6 million in unsecured claims and $6.2 in accounts receivable.

If your company is facing financial struggles or litigation that has resulted in assets being frozen, it may be time to consider filing a Chapter 11 bankruptcy. Your business can continue to operate during your filing. Chapter 11 bankruptcy is often referred to as a “rehabilitation” bankruptcy for individuals and businesses, but it is most commonly used by companies. The Chapter 11 debtor (called the “debtor-in-possession”) sets forth a plan of reorganization that outlines how the creditors will be paid (in full or in part) and if the debtor intends to cancel any of its contracts. Creditors can also propose a Chapter 11 plan of repayment. The plan must be approved by a certain percentage of your creditors and by the bankruptcy court. A Chapter 11 trustee is appointed to supervise your case and ensure that priority claims are paid and assets or managed properly.

A Chapter 11 bankruptcy can be a complex process that typically requires the assistance of a seasoned bankruptcy attorney, but it can allow your business to manage its finances and emerge stronger. To learn more, contact us for a free consultation.

In late 2013, a car-charger maker with a large government contract filed for bankruptcy.

Phoenix-based Ecotality, Inc. sought Chapter 11 bankruptcy protection in the United States Bankruptcy Court for the District of Arizona, listing assets of $50 million and debts of $500 million, including a large contract with the Department of Energy.

In court papers, Ecotality expressed plans to auction itself off in order to pay its creditors. Ecotaility had warned shareholders earlier in the year that a bankruptcy filing may become necessary, due to its difficulty in obtaining long-term financing to continue operations.

In light of the October 2013 government shutdown, many firms who do business with the United States government may find themselves in dire financial straits. These companies may hesitate to file bankruptcy, however, because they fear the repercussions that may come from their customers, particularly the federal government. Specifically, there is a fear that the government may refuse to agree to restructure contracts, which is the entire point of filing a Chapter 11.

Section 525 of the Bankruptcy Code specifically prohibits discrimination in such circumstances, stating in subsection (a) that the government may not “deny, revoke, suspend or refuse to renew a license, permit, charter, franchise, or other similar grant” due to a bankruptcy filing. The Supreme Court recently affirmed this prohibition.

Section 525 applies to individuals as well. Many people in Florida are afraid that the government may revoke their security clearances after a bankruptcy filing. Such a move may be illegal, and Brevard County bankruptcy attorneys recommend several ways to break the news to your supervisor:

Be upfront: You do not have to tell your boss that you are considering bankruptcy. But right before you file, tell your boss. Do not wait for your boss to find out about the filing from another source (which will definitely happen).

Explain the situation: Some people feel that bankruptcy debtors have poor organizational skills and/or cannot be trusted with money. If your bankruptcy filing was brought on by a divorce, excessive medical bills, a previous job loss or any other factor unrelated to your work as a contractor, reinforce that point with your boss.

Bankruptcy discrimination is illegal, plain and simple. For a free consultation with attorneys who fight to protect your exempt assets, contact our office in Central Florida.

Speak with an experienced Attorney in Melbourne Florida 321-784-8158

Get In Touch with Faro & Crowder, PA