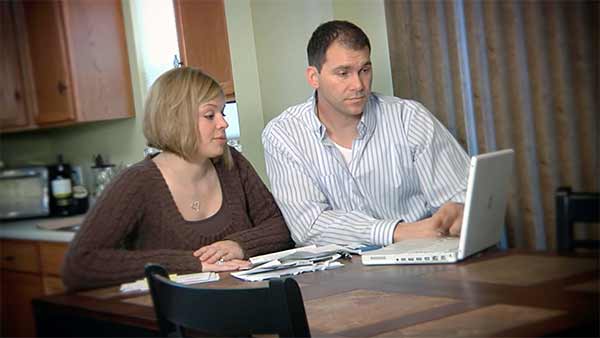 Have you been served with a lawsuit?

Has someone failed to fulfill their obligation to you under an agreement, or slandered you? Our office handles civil litigation for both plaintiffs and defendants, including contract disputes for individuals and businesses of all sizes, evictions, foreclosures, accounts, even libel and slander.

If you have been sued, or are considering suing someone else, it is important that you hire an experienced attorney, who will be honest with you about the costs involved, and what outcomes you can reasonably expect. Litigation is expensive and stressful. It is important that you understand the process, the costs, and the possible outcomes before you begin, so that you can make an informed decision about proceeding.

Litigation begins with pleadings. The first pleading is generally the complaint, which is filed by the plaintiff. The complaint is “served” on the defendant by a process server or deputy sheriff with a summons, which is an order from the Clerk of Court directing the defendant to respond to the complaint within a certain amount of time. The defendant must file a response with the Clerk in order to avoid default judgment being entered against them. Responses may include a motion to dismiss, an answer, affirmative defenses, counterclaims, cross-claims, and/or third-party claims.

The next phase of litigation is discovery. Discovery includes depositions (the lawyers question people under oath with a court reporter transcribing), requests for admissions (one side asks the other to admit certain facts that they will use against them), interrogatories (questions that must be answered under oath) and requests for production (lists of documents or other things that must be produced for inspection and copying). Motions are frequently filed during discovery, because one side does not want to answer the questions or produce the documents requested.

Trial in front of a judge (a “bench” trial) may proceed fairly quickly, lasting only a few hours. Trial in front of a jury may go on for days, weeks, or even months, as first a jury must be selected, and any objections are generally heard outside the jury’s presence, requiring the lawyers and judge to go into chambers, or the jury to be excused. Trial usually starts with opening statements, then the plaintiff puts on their case (presenting evidence through witnesses, with the defendant cross-examining), then the defendant puts on their case, and finally, closing statements are made. After the closings the judge or jury will deliberate, and hopefully render a verdict. Occasionally, one or both sides will appeal the verdict, and depending on the outcome of the appeal, the whole thing can start all over again.

Because of the length, stress, and expense involved, it is important to consult an attorney who understands the process and gives you an honest appraisal of your case, including the expense involved, and whether or not you could be required to pay the other side’s legal fees and costs. All factors must be considered, including the benefits of litigation, settlement, dissolution, or bankruptcy.

We feel our experience in business organization and bankruptcy give us the ability to present our clients with much better alternatives. If you owned a company that failed and has no assets, and that company gets sued for a debt it owed (that you did not personally guarantee), there is no reason to pay an attorney to defend it. Similarly, if you are buried in debt and will ultimately be filing bankruptcy under Chapter 7, there may not be a reason to pay a litigator to defend a lawsuit. We can help you evaluate these alternatives in a free consultation and find the path that is right for you.

If you would like to schedule a free initial consultation for bankruptcy or foreclosure defense, please contact our office.