According to a published report, the number of delinquent mortgages decreased by 16% between February and March 2014 to reach their lowest level since October 2007.

In a related report, Black Knight Financial claims that only 10 percent of homeowners are underwater on their loans, as compared with 34 percent in 2010. The financial analysts also noted other positive statistics in the mortgage foreclosure area: the percentage of delinquent loans and properties in foreclosure both dropped significantly.

The reports also noted that the negative-equity rate in judicial states (including Florida) was nearly twice as high as the rate in non-judicial states.

The negative equity numbers may at least partially explain why foreclosures are still so high in Florida, bucking the national trend. If buyers are not building equity, it is very easy to lose the motivation to pay for a month or two. Most banks stop accepting partial payments when the loan payments become delinquent, and almost before you know it, the delinquency begins to build up to the point where repayment becomes almost impossible.

Another reason may be the lengthy foreclosure process. With an average of 1,095 days (nearly three years), only Hawaii and Arkansas drag the process out longer than the Sunshine State. So while delinquency rates may indeed be levelling off, it will not be until 2017 that Floridians begin to see a difference. The banks like a long process, because it means the homeowners accumulate more delinquency and find it nearly impossible to reinstate the loan.

While a mortgage modification may actually increase your payments (because the bank rolls the delinquency back into the unpaid principle balance), Chapter 13 Bankruptcy lets you spread out the amount due over either 36 or 60 months.

For a free consultation with attorneys who can help fight foreclosure in state court or bankruptcy court, contact our office in Melbourne, Florida. 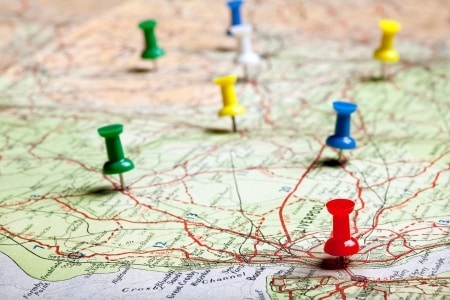