In a boon for debtors, a federal court recently interpreted Section 523(a)(6) very narrowly. 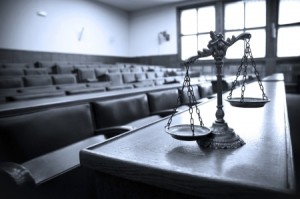 In Communitywide Federal Credit Union v. Laughlin, Mr. Laughlin purchased a new car, with an $18,000 loan from CFCU. Ms. Laughlin was awarded the car in their divorce. A short time thereafter, Ms. Laughlin returned the car to Mr. Laughlin, asserting that she had paid off the note. The car was in very poor condition. Mr. Laughlin had the car repaired, and then sold it to a local dealership, unaware that the CFCU lien had not been paid off or otherwise extinguished.

CFCU sued Mr. Laughlin and obtained a default judgment against him. When the credit union garnished his wages, Mr. Laughlin filed Chapter 7 Bankruptcy. When CFCU filed an adversary proceeding, the trial judge held that the underlying debt was dischargeable, since Mr. Laughlin did not act in bad faith.

Mr. Laughlin apparently took his ex-wife’s story at face value, although it would have been reasonable to do a quick title search and verify that the lien had indeed been paid off. But the appeals court looked instead to the plain language of the statute to determine if the debt was dischargeable. Under Section 523 (a)(6), an otherwise dischargeable debt is nondischargeable if a debtor’s actions “1) caused an injury to the property interest of the creditor; 2) the action causing the injury was willful; and 3) the action was done in a malicious manner.”

While Mr. Laughlin definitely impeded the value of the property by selling it, it did not appear, based on the record, that he had any malicious intent towards the creditor.

Although this decision is not binding in Florida, it is instructive that a court should not draw its own conclusions based on the evidence, but rather base its findings on the evidence itself. Malicious intent is very difficult to prove, so there is a good chance that you may receive your fresh start even if the circumstances are less than 100% in your favor.

For a free consultation with bankruptcy attorneys who fight for you, contact our office in Melbourne, Florida.