The Middle District of Florida recently ruled that the automatic stay is a blanket protection that applies to multiple creditor claims, even if there is not a perfect symmetry of parties. The creditor is also known as the lender and the debtor as the borrower. 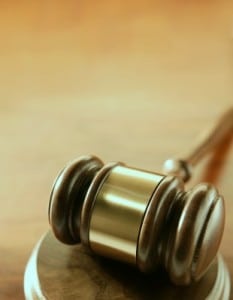 In Peterson et al v. Avantair et al, Avaintair informed its employees that it could not make payroll almost simultaneously with its bankruptcy filing. Mr. Peterson, along with some other employees, personally sued Avantair’s corporate officers and senior managers for breach of contract, failure to pay minimum wage and several other causes of action.

The district court agreed with the defendants and stayed the case. Citing a 1936 case, the court stated that it had broad powers to stay a case to avoid “duplicative discovery, multiple hearings and inconsistent results.”

The court was convinced that, although there may have been some minor differences, the essentials of the case against the defendants and Avantair’s bankruptcy were substantially similar. The evidence would have been the same and the legal arguments for each side would have been much the same as well. The district court issued an order staying the case.

Bringing a business through bankruptcy is complex, and requires an attorney who understands the interplay of the business’s liabilities and the liabilities of its officers, directors, and owners.  We have experience representing small businesses and their owners through the bankruptcy process.

If you are a business debtor, contact our office in Melbourne, Florida for a free consultation with attorneys who are there to protect you.

We Can Help A Debtor or Borrower Get Back on Track

We offer a free initial consult for bankruptcy, debt relief, credit card debt and foreclosure defense.  Contact our office to schedule your consultation and discuss your debt relief options.