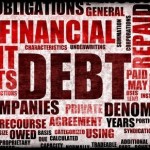 Consumer bankruptcy filings are expected to remain high in certain parts of the country.

Although the filing rate is expected to decline overall in 2014, consumers in areas dominated by high unemployment and a poor housing market are expected to keep filing Chapter 13 Bankruptcy in large numbers. Meanwhile, more and more Chapter 7 bankruptcies are linked to medical bills. Three out of five debtors now have more medical debt than credit card debt.

Nationwide, there were over one million consumer bankruptcy filings in 2013; volume has now eclipsed one million for six consecutive years.

Here in Central Florida, the poor housing market has contributed mightily to persistently high unemployment. The Sunshine State’s population is also significantly older than that of other states, making the people susceptible to more and higher medical bills.

Families and individuals often have few ways to deal with these crises: the housing and employment markets are driven by macroeconomic factors that few people can control, and no one can turn back the clock on the aging process. So, consumer bankruptcy is the best option for dealing with these negative economic forces:

Chapter 13 bankruptcy can help you stay in your home and catch up on delinquent payments, while helping you rebuild your credit.

Chapter 7 bankruptcy can eliminate many medical bills in only a matter of months, giving you more money to commit elsewhere.

Poor market conditions and poor physical health may not be your fault, but it is still your responsibility to take charge of your family’s financial future. Bankruptcy is the best way to retake control over your money.

Do something about your finances by contacting us for your free consultation. Our attorneys and staff has years of experience.