Student loans are very difficult, but not impossible, to discharge in bankruptcy.

Prior to the 2005 bankruptcy reforms, student loans were segregated into two classes: private loans and federally-guaranteed loans. Private loans, mostly loans obtained to attend a private technical school or career-training school, were generally dischargeable in a Chapter 7 bankruptcy at any time. Federally-guaranteed loans could also be discharged in a Chapter 7, after the loan had been in repayment for seven years. 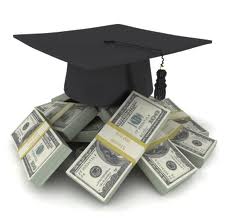 The law changed and grouped all student loans together, regardless of the source. These loans are still dischargeable in some cases. Most courts apply the Brunner Rule, which requires that:

Student loan debt-buyers also have a number of other weapons that can be used, including the suspension of a professional license or the confiscation of an income-tax return.

The current legal framework has been heavily criticized. Many people fear that many young Americans have accumulated more student debt than they can repay to compensate for skyrocketing tuition costs. Indeed, the U.S. Department of Education called rising student loan debt an “urgent concern [for] policymakers,” citing the fact that the average student graduates with almost $30,000 in debt from student loans alone.

Others point to an apparent inconsistency in the Brunner Rule: if a debtor could not maintain a minimal standard of living, how is it possible to show a good-faith effort to repay the loan?

Hedlund v. The Educational Resources Inst., a Ninth Circuit case, may indicate that the law is changing. Mr. Hedlund borrowed $85,000 to obtain his law degree. After failing the bar exam three times, Mr. Hedlund took a job as a juvenile counsellor and eventually declared bankruptcy. It took ten years of litigation, but Mr. Hedlund finally obtained a partial discharge, based on the fact that he could not repay the student debt he accumulated.

At Faro and Crowder, we believe that a bankruptcy which leaves a person with an immense student loan bill fails to give the debtor a fresh start. For a free consultation with a Brevard County bankruptcy attorney, contact our office in Melbourne, Florida. We routinely represent clients who are facing collections actions.