Lockheed Martin, the defense contractor based in Bethesda, Maryland, announced recently that it is freezing pension benefits that will impact nearly 48,000 salaried employees over a period of four years.

Lockheed had closed its pension plan to new employees in 2006. It intends to replace the defined-benefit plan with an enhanced 401k. Under this new benefit plan, Lockheed will match up to 10% of a worker’s salary. The change in retirement benefits will start January 1, 2016, with the freezing of pay-based benefits and ending on January 1, 2020, with the freezing of service-based benefits.

Lockheed Martin employs approximately 113,000 people worldwide. The company is a global security and aerospace company that focuses on the research, design and manufacture of advanced technology systems, products and services. Its net sales in 2013 were $45.4 billion.

Lockheed Martin, the world’s largest defense contractor by sales, has raised its 2014 earnings guidance, which reflects its decreased pension costs and a positive outlook for its space unit. The company has been investigating the cause of an engine fire that grounded a fleet of F-35 jet fighters. The fire occurred on a jet at a Florida air base in June and caused the aircraft to miss its highly publicized debut at two air shows in the United Kingdom. The Pentagon recently lifted the grounding order, which will significantly help with the tests and further investigation. The F-35 is key to Lockheed’s efforts to maintain momentum even during a time of stagnant defense spending in the United States and Western Europe.

If you have questions regarding the topics discussed above or you would like to learn more about the legal services we provide, call us to schedule a free consultation. Our office is located in Melbourne, Florida. 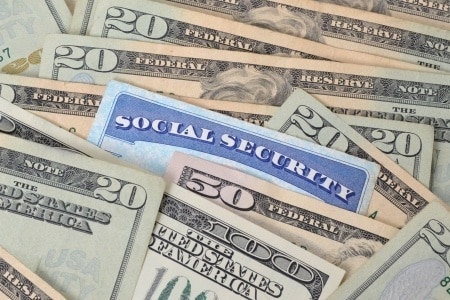 What Happens to My Social Security Benefits in Bankruptcy?