It is always uplifting to hear stories about corporate America taking time to care about the little guy. 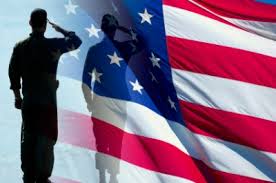 We recently came across such a story about some Lear Capital business executives out of Los Angeles who paid the fines being assessed against a Florida homeowner. The homeowner, who was also a veteran, was facing foreclosure on his home for displaying an American flag on his front steps.

The 73-year old Air Force veteran living in Jacksonville was being fined thousands of dollars by his homeowners association. In fact, the association had even placed a lien on his home because the veteran refused to take down an American flag displayed in the front of his house. The veteran was current on his homeowner’s association dues, but his payments were being used to pay the fines instead of the dues, which resulted in the lien being placed on his home.

The flag was a small 17-by-12 inch flag that was placed in a flower pot on his porch which violated an ordinance that planters are to be used for plants and flowers only. The homeowner’s association claims that American flags can be flown in their community, but only if proper flag etiquette is followed.

The CEO of Lear Capital, Scott Carter, and Lear Capital founder, Kevin DeMerritt, wanted to help when they heard about the veteran’s situation. They paid the $8,000 the homeowner owed plus an additional $2,500 for tax adjustments.

What is a seemingly small amount to pay by a large corporation was a significant amount for the homeowner. The veteran and Lear Capital believe that the American flag is worth fighting for, and we just wanted to share their story with you.

Contact us for a free consultation to learn how we can help you with your legal needs. Our offices are located in Melbourne and Cocoa, FL.