Is space tourism just around the corner? According to Bloomberg, it is. Elon Musk’s SpaceX and Boeing Co. are busy at work trying to make it a reality. 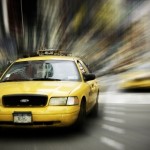 They have been competing to obtain a $3 billion contract, formally known as the Commercial Crew Transportation Capability contract, to provide the first commercial spaceflights manned by humans. The contract to provide taxi services to the International Space Station by 2017 would bring the end of U.S. reliance on Russian rockets, which has been in effect since the space shuttle retired in 2011.

Winning the contract would a major step for Musk who has dreamed of creating a city on Mars. For Boeing, the contract would ensure its long-term relationship with the U.S. space program. Sierra Nevada Corp., a third competitor, is seeking to broaden its services beyond supplying rockets for sub-orbital tourist trips.

Recent reports from the National Aeronautics and Space Administration have revealed that the contract to transport astronauts to the International Space Station will pay a maximum of $4.2 billion to Boeing and $2.6 billion to SpaceX. Both companies have proposed reusable rockets capable of seating up to seven individuals. Sierra Nevada Corp, will not receive anything.

SpaceX sets elevated goals such as progressing from designing rockets to becoming the first private cargo-hauler to the space station. SpaceX has long-term goals to colonize Mars, and this contract is a stepping stone for accomplishing that goal. The Dragon V2 spacecraft does not rely on parachutes and ocean landings. Rather, it is created to return to Earth and land vertically on a launch pad.

Boeing’s spacecraft looks similar on the outside to the 1960’s Apollo lunar capsules. However, its interior uses lighting the company designed for its airplanes and seating developed for the cockpit of the 787 Dreamliner. It would still use the parachute landing.

A joint contract award would foster competition, while also providing NASA with an alternative if one spacecraft encounters technical difficulties.

Will SpaceX go to Work for the U.S. Air Force?